Dear Colleagues,
​
It is with great sadness that I share news that Emeritus SERNATS member and USF Professor Emeritus Annetta Monroe passed away at her Temple Terrace home on April 9, 2021. She was 80 years old.

No public services are scheduled at this time. In lieu of flowers, please consider a donation to the Flossie Jones Monroe Voice Scholarship through the USF Foundation at https://foundation.usf.edu.

After receiving musical training at Oberlin Conservatory of Music in Oberlin, Ohio, the Mozarteum Academy of Music in Salzburg, Austria, and Columbia University in New York City, Annetta performed as a concert artist throughout the United States and Canada and sang with opera companies in Europe. She was soprano soloist with the Norman Luboff Choir, frequently performed as a solo recitalist, and was a featured soloist with the Oratorio Society of New York at Carnegie Hall. She recorded music for Disney (including the original soundtrack for the “It’s a Small World” attraction), Universal Studios, Warner Brothers, 20th Century Fox, and MGM Studios in Los Angeles.

After joining the University of South Florida Music Faculty in 1973, where she taught for over 30 years, Annetta continued to perform in solo recitals, as a Guest Artist with the USF Orchestra and Chorus, and as soprano soloist with the Florida Orchestra. She supported the University by being a Distinctive Donor to the USF School of Music. Annetta was an inspiration and beloved mentor to her thousands of vocal students, who achieved national careers in opera companies, as solo artists, on Broadway, and in music education. Her students and colleagues considered Annetta one of the premier vocal teachers and mentors in the country. To the day of her passing, her talented students still remained in close touch with her.

Annetta taught at several young artist programs including Broadway Theatre Project and International Institute of Vocal Arts. She was co-founder of the Spiritual Renaissance Singers of Tampa, an organization committed to the revival and performance of African American spirituals. She was also Director of Music at First Presbyterian Church of Tampa and was a member of Gamma Theta Omega Chapter of Alpha Kappa Alpha Sorority and Tampa Chapter of National Epicureans, Inc.

In addition to her USF colleague and dear friend Ann Hawkins, Annetta leaves behind a huge number of friends and students who treasure memories of her insightful teaching, infectious smile, and ebullient personality.
A private service for family will be conducted at Blount & Curry Funeral Home in Temple Terrace. Our hope is that as the Covid recovery progresses we will be able to have a life celebration for Annetta at USF, open to all. In lieu of flowers, please consider a donation to the Flossie Jones Monroe Voice Scholarship through the USF Foundation at https://foundation.usf.edu.

Our TBNATS Most Promising Singer Awards were named after her. What an incredible legacy she left..!!!
﻿TBNATS Chapter Auditions 2021 Winners﻿​
​ 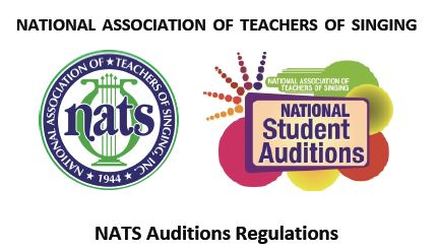 TBNATS Dues will now be paid along with the National Dues.  You will receive the notice to pay TBNATS dues when you receive your yearly NATS statement.
[Back to top of page]
Powered by